The Bee Bold Award Winners 2022 have been announced!

We want the West of England to be the Bee and Pollinator Capital of the UK. West of England Metro Mayor Dan Norris has launched the region’s first Bee Bold Awards to recognise organisations big and small that are taking positive action to support bees and pollinators.

We are working together to increase the number of bees and pollinators in the region and make the West of England the Pollinator Capital of the UK. This will help to tackle the ecological crisis within the region.

41% of pollinator species including bees and butterflies are in decline across the UK. Our Climate and Ecological Strategy Action Plan sets the ambition to increase wildlife by 30% by 2030.

We all need to work together to protect and support pollinators and other crucial species to recover and thrive.

The Bee Bold Awards have helped to share success stories and practical ideas to showcase our region and celebrate our innovative organisations.

On Saturday 1st October 2022, West of England Metro Mayor Dan Norris joined members of the community at the Kingsmeadow@Made Forever Community Centre to celebrate action being taken across the region to support pollinators.

Six outstanding projects from businesses, schools, and community groups were announced as winners of the inaugural Bee Bold Awards, celebrating innovative approaches that protect and support pollinators to recover and thrive. These practical ideas, assessed by a panel of local experts, showcase the region’s efforts, and act as success stories to inspire others to take action.

The Winners of the 2022 Bee Bold Awards are:

Social enterprise working together to turn an urban piece of abandon land into a space for nature.

Not only benefiting pollinators but for supporting improved health and welfare.

Low-cost and effective, having required simple engagement with landowners, but producing great results for pollinators.

Community members coming together and supporting pollinators and using wildflowers in conjunction with orchards.

Supporting and educating the community to make change in their own settings.

Educating children to take action, which in turn is inspiring parents and the wider family to get involved.

We’re investing millions of pounds across the region to create new habitats and support wildlife. However, we need businesses to work with us to achieve our 2030 ambitions.

All businesses, charities, or community organisations currently operating within the region were invited to apply. We will work with award winners to celebrate and promote their pollinator activity across the region.

To reflect the wide range of activity within the region, there are two categories for the awards: Space for Nature and People for Nature.

Recognising organisations that use their land, buildings or influence to actively create pollinator-friendly places.

These awards recognised initiatives that:

These awards recognised initiatives that: 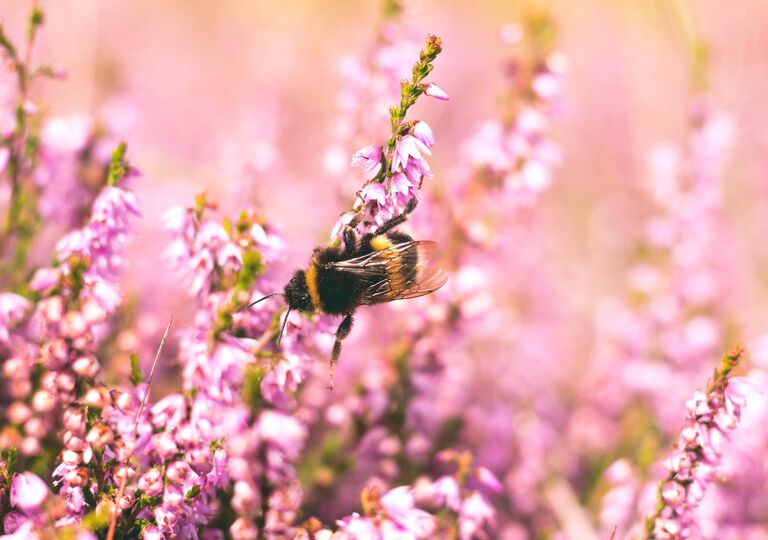 Where can I get help in supporting pollinators at home or at work?

We want our region to the be UK Bee & Pollinator Capital, with a range of habitats and spaces for our bees and wildlife to flourish.

We have developed some useful information and tips on how we can all play our part to support bees and pollinators across the region.

Our Climate and Ecological Strategy and Action Plan sets the ambition for nature to be in recovery by 2030 and increase the abundance of wildlife by 30% in 2030.