The West of England is one of the UK’s most prosperous regions and we want to make it even better.

The West of England Combined Authority (WECA) is made up of three of the councils in the region – Bath & North East Somerset, Bristol and South Gloucestershire.

WECA also supports the Local Enterprise Partnership, which is business-led, and covers the four West of England councils, including North Somerset Council. Together, our aim is to deliver economic growth for the region and address some of our challenges, such as productivity and skills, housing and transport.

Scrutiny and Audit Committees have been established scrutinise and hold to account the new Combined Authority and West of England Mayor. 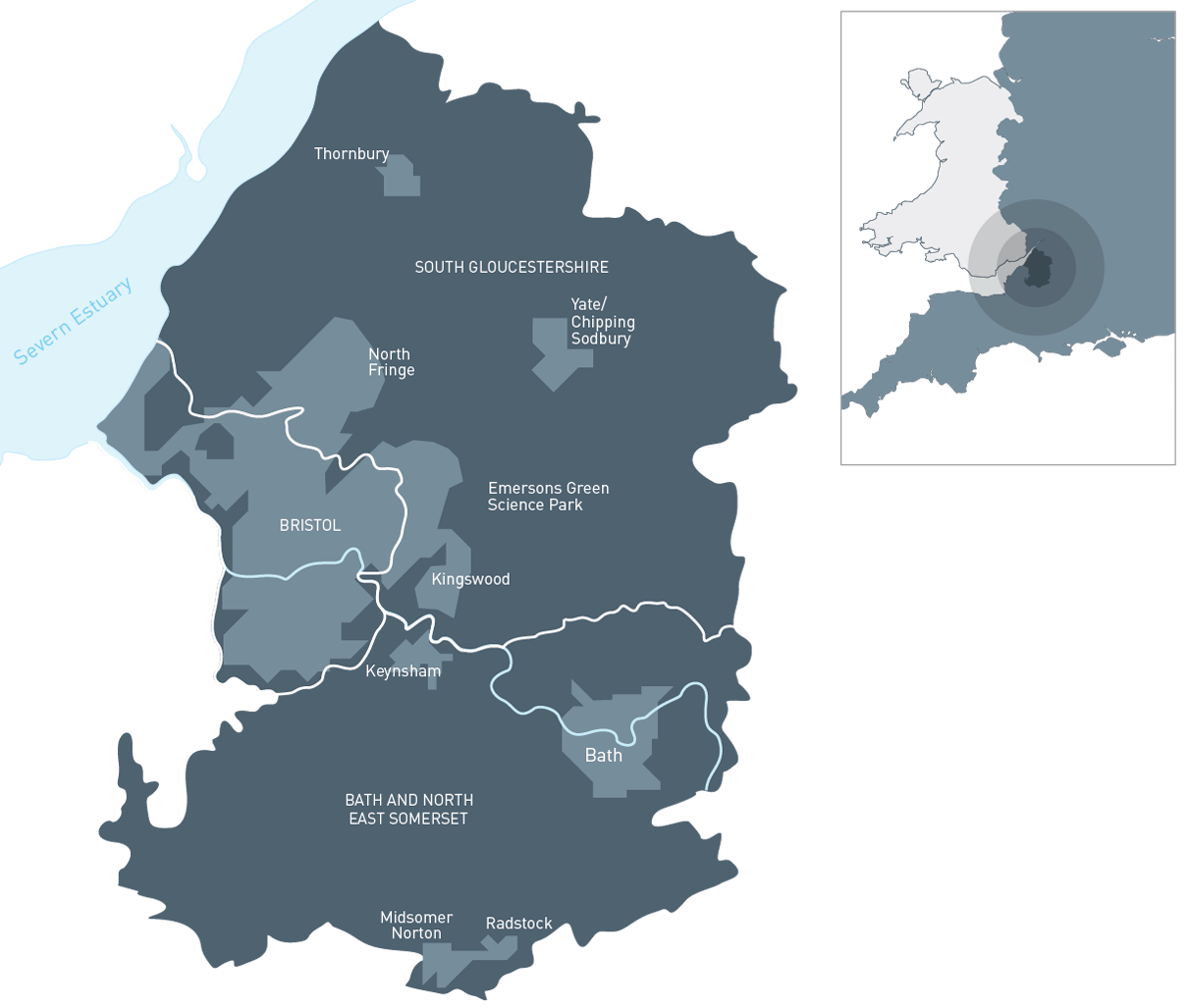