The transformation of Bristol Temple Meads station moved a step closer today (20 July) with the appointment of a multi-disciplinary consultancy team to develop a masterplan for the station and the wider Temple Quarter. 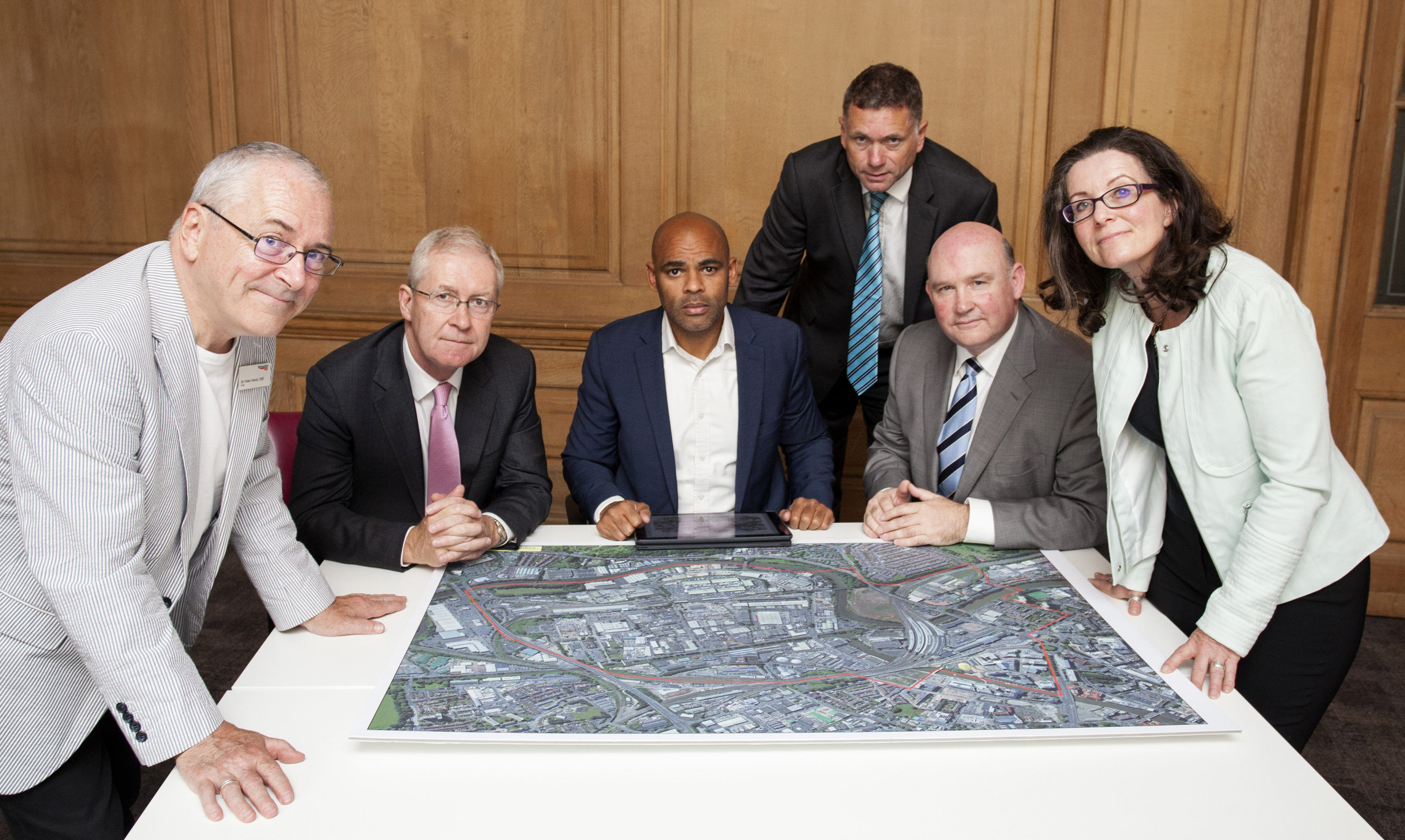 Following a competitive tendering process, a consortium led by Mott MacDonald, a global engineering, management and development consultancy, was selected to take forward the project.  The work was commissioned by Bristol City Council in partnership with the West of England Combined Authority (the prime funder), Network Rail and Homes England, with the aim of accelerating the regeneration of the Temple Quarter district, including proposals for the development of the area around Bristol Temple Meads station.

The masterplanning will look at ways to open up access to, and through, Bristol Temple Meads from the east of the city and the potential to bring forward new development including retail, office, housing and leisure facilities around the station and wider Temple Quarter district.

This initial phase of work is expected to take around nine months to complete and will then lead into more detailed development of specific elements of the scheme, subject to funding.

Mayor of Bristol, Marvin Rees said: “We are currently the only major UK city without a modern railway station. At long last, that is about to change – thanks to the energy and commitment of the partnership we have brought together. A transformed station will finally give us a railway station fit for the 21st century, acting as a gateway to the West of England.

“The aim is that the redeveloped station will be accessible from the east of Bristol, removing a barrier that has divided the city. It will be connected to the new university enterprise campus and will unlock St Phillips Marsh – soon to become one of the largest regeneration schemes in Europe.

“Our long term vision for Bristol is to grow a sustainable inclusive economy where everyone can share in the city’s success.  This work represents a major step forward to make that happen.”

Designed by Brunel in the early 19th century, Grade I listed Temple Meads is one of the oldest surviving railway terminus buildings in the world and one of the last remaining unimproved mainline train stations in the UK.  It already receives around 10 million passengers a year and this is expected to rise to more than 22 million by 2030, meaning much greater capacity, improved access and better facilities will be needed in the long term.

The station sits adjacent to the new University of Bristol Enterprise Campus and is also an important regional transport interchange linking the railway with key bus routes – including Metrobus and services to Bristol Airport – making it critical to ongoing economic and housing growth in the West of England.

Regional Mayor, Tim Bowles said “Temple Meads is one of our most valuable assets and improvements at this key regional hub will help realise the West of England’s economic ambitions.

“The Combined Authority is committing up to £2m into the masterplan development and I look forward to seeing a scheme which is deliverable, affordable and meets the high expectations of the region, in terms of delivering a new mixed-use quarter (Temple Quarter) and a gateway to the West of England.”

Network Rail is already investing £3 million in the station this October to install two new sets of ticket barriers which will ease congestion for people entering and exiting the station.  A further £40m investment to renovate the historic roof of Temple Meads is planned for the next 5 years.

Francis McGarry, Director Route Business Development for Network Rail’s Western route, said: “The railway station is often the shop window to a city and we are proud of the heritage of Brunel’s  Grade I listed Bristol Temple Meads which was built in the early 19th century.

“We are also committed to improving the facilities to enhance the experience for passengers as well as ensuring the station can cope with the growing numbers that use the station.

“We are looking forward to seeing how the masterplanning team will help continue the regeneration in the area and build upon the railway upgrades we are making in Bristol that will provide more frequent services, thousands more seats and quicker journeys.”

Kevin Bourner, General Manager, South West for Homes England said: “It’s fantastic that Homes England is part of the delivery team on this transformational regeneration project at the heart of Bristol.

“The masterplanning is the first step in much wider collaboration which will see up to 11,000 new homes delivered at Bristol Temple Quarter alongside new jobs and infrastructure.

“We look forward to seeing the masterplan for this historic area of the city develop.”

Mott MacDonald’s global practice leader for cities and the project director, Clare Wildfire, said: “We are delighted that our team has been selected to deliver such a transformational project for Bristol, its citizens and the region; it will establish a fitting gateway to Bristol and the wider west of England and transform Temple Quarter into a people-focused place with affordable, good quality homes and space for innovative businesses.”