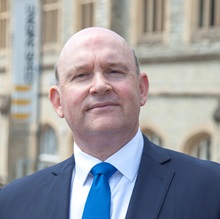 Channel 4 has announced that its new Creative Hub in Bristol will be a base for key creative decision makers supporting the television station’s relationship with the production sector – with a particular focus on supporting genres strongly represented in the South West, Wales and Midlands.

Commissioning departments represented in the new Creative Hub in Bristol will include: Drama, Factual, Factual Entertainment, Formats & Features – as well as Creative Diversity, supporting on and off-screen diversity. It will also have additional supporting operational roles.

West of England Mayor, Tim Bowles, said: “This is fantastic news – the hub will create new jobs in our region’s all important creative sector. Our Invest Bristol and Bath team has worked incredibly hard with Bristol City Council on the bid and it’s good to see this work come to fruition. I truly believe Channel 4 will find a great home here in the West of England; we’re a region that leads the way in the creative industries, and it is brilliant to see the focus on creative diversity, both on and off-screen.”

Channel 4 will announce the building it has selected for its Creative Hub in Bristol in the coming weeks.