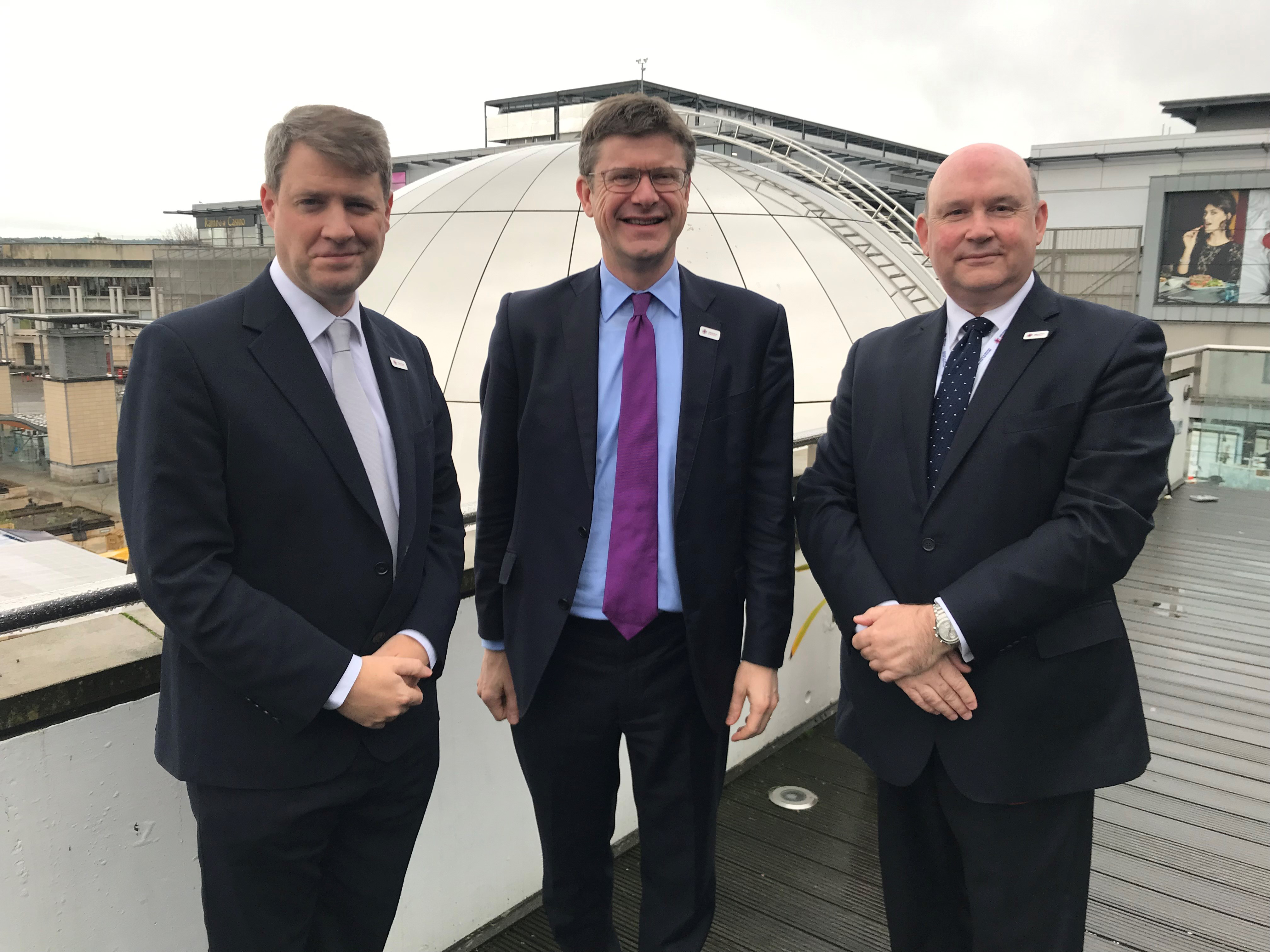 West of England Mayor Tim Bowles welcomed the new sector deal between the aerospace industry and government – including a direct £15 million investment in the region – announced by Business Secretary Greg Clark in the West of England today (6 December).

At a major government event in Bristol with businesses, researchers, civic leaders and industry representatives to mark the first anniversary of the modern Industrial Strategy, Mr Clark announced new support for the UK’s leading aerospace sector and the next generation of transport to tackle ground congestion and pollution in towns and cities.

The Business Secretary recognised the West of England as being synonymous with industrial innovation and creativity, and visited the Bristol Robotics Laboratory – one of the key examples of technological advancement in the region.

Regional Mayor, Tim Bowles, said: “I was delighted to welcome the Secretary of State to the region today to announce this major investment which builds on our Local Industrial Strategy. The Secretary of State and I both recognise that the West of England is at the heart of innovations driving the world. We lead the way in so many sectors; from aerospace to advanced manufacturing, creative to robotics, finance to food, we are perfectly placed to drive innovation and growth here in the region, setting the direction for our economy and pushing for future growth for the UK and the world.

“This latest government announcement of further investment and ongoing support, will help us to develop our vision for the continued success of the West of England. We are working together with businesses to harness our strengths and our innovative spirit, as we create a Local Industrial Strategy which will set us on course for even greater achievements in the future.”

As part of the deal, the government is launching the Future Flight Challenge, which will provide up to £125 million to aerospace and other manufactures to research and engineer new technologies and infrastructure, which industry will match. This will support the development of electric and autonomous aircraft and transform the future of transport in urban areas as we utilise our airspace to ease congestion. Industry will initially focus on smaller aircraft and drones to ensure the suitability of the new technologies before developing them for larger passenger aircraft. It means that by 2026, the government and industry will have jointly invested more than £4 billion in the future of UK aerospace.

Greg Clark said: “Our modern Industrial Strategy is the government’s long-term plan for preparing and investing in our post-Brexit economy. And I could be in no better place than Bristol to mark this first anniversary. It is an honour to be visiting a city that has been at the heart of British industrial innovation for centuries.

“Bristol still exerts this influence. You can see it in the world-leading advanced manufacturing plants of GKN, and the global cultural impact of animation companies like Aardman. This region is at the heart of innovations driving the world.

“The UK’s contribution to the global aerospace industry cannot be underestimated. But we are not complacent. The future of aerospace is cleaner, greener, and more efficient, and we want the UK to be the pioneers of new technology that will pave the way for increased electrification and autonomy in commercial aviation.

“This deal is our modern Industrial Strategy in action, combining the forces of government and industry to boost a sector that is vital to our future economy, export capabilities and will place the UK at the forefront of the next generation of air travel.”