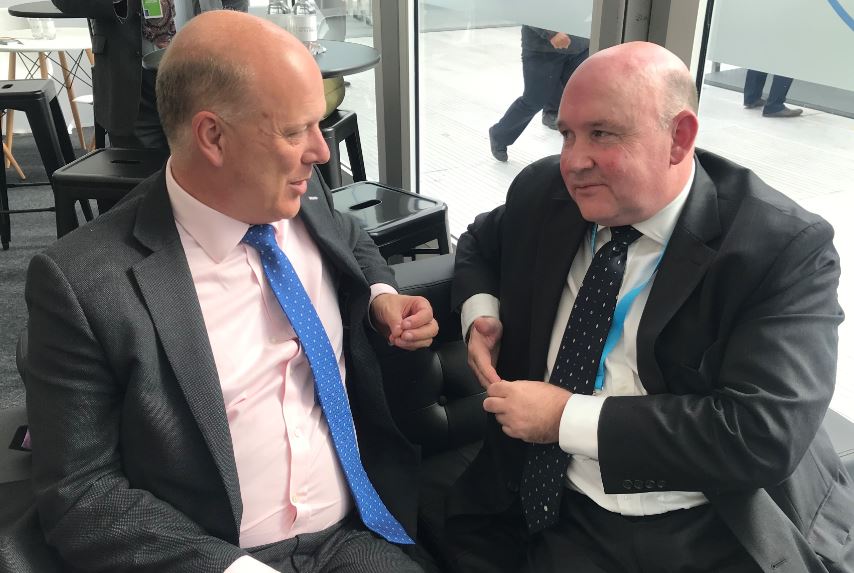 The West of England Combined Authority is working with the Department for Transport on ambitious plans to improve rail services across the region.

Regional Mayor Tim Bowles met with the Secretary of State for Transport, Chris Grayling, to discuss the plans, which include improving the Severn Beach line to provide direct services to Bath and Westbury, re-opening Henbury station and more frequent services to Yate. It’s estimated this could generate 1.7 million new rail passengers and give 80,000 more people access to train services (*).

At the meeting with the Secretary of State, it was also agreed to widen the scope of work that is already underway between the West of England Combined Authority and the Department for Transport, to consider the option of using innovative, new light rail to re-open the Portishead line. This could see state-of-the-art trains operating without the need for heavy rail infrastructure. The possibility of tram trains similar to those used in other major cities across the United Kingdom will also be explored.

Regional Mayor, Tim Bowles, said: “I want the West of England to have the rail network it deserves to help reduce congestion, improve air quality and keep people moving. This is a really positive step in the right direction to deliver a transport network fit for the future. We have to be ambitious and work at regional level to give people more options and encourage them to leave their cars at home. I hope including light rail as an option for Portishead will reduce the cost of re-opening the line and also open up other opportunities within the region.”

Secretary of State for Transport, Chris Grayling, said: “Ensuring the delivery of local, rail-based transport systems in the region remains a vital project for the West of England. I look forward to seeing the result of work by the West of England Combined Authority and North Somerset Council to deliver a modern, state-of-the-art transport solutions for the region.”

*Figures based on modelling work carried out by WECA and Network Rail.