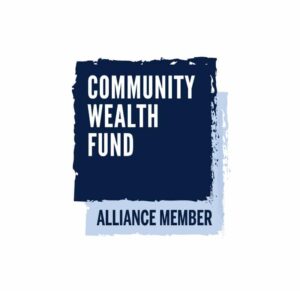 Metro Mayor Dan Norris is calling on the Government to commit to transforming the lives of people living in ‘disadvantaged’ communities by funding a multimillion-pound community-led regeneration programme.

The West of England Combined Authority, which Mr Norris leads, has joined 460 organisations in backing calls for a Community Wealth Fund. Forty of those organisations are other local authorities.

Many of these communities have seen vital services cut in recent years; under the Community Wealth Fund the most disadvantaged communities would be able to bid for funding to rebuild and restore these services over the next ten to fifteen years. That could be investment in everything from transport to youth facilities to improved access to skills and training.

The West of England is home to one of the wards that has been identified as matching the criteria. Hartcliffe and Withywood would be in the first tranche of communities to benefit.

Metro Mayor Dan Norris said: “It’s high-time the Government delivered on its promises and invest in communities that need it most. Over the past few years people living in Hartcliffe and Withywood have seen vital community facilities and services cut as a result of central government decisions.

“People there are facing a double whammy this winter of soaring bills and cuts to Universal credit. A higher than average proportion of adults have no academic or, vocational qualifications and almost a quarter of people aged between 16 and 64 have a long-term illness. A Community Wealth Fund would help neighbourhoods access funding that would make a real difference – like better access to training and work placements, or community transport links.

“In the West of England, we are working hard to address these inequalities but it’s time for the Government to step up to the plate and inject that long-term, significant investment to help transform people and communities.”

The Community Wealth Fund would take a radically different approach to many previous regeneration programmes, with communities leading decision-making over the long-term.

Investment would be targeted at organisations and spaces that help build personal relationships and foster civic life, together with schemes that create physical and digital connections. This could include community hubs, social spaces, parks, community and voluntary organisations providing local services, online communication platforms, digital skills, and community transport, particularly to and from employment centres.

The Community Wealth Fund would be based on the success of Local Trust’s Big Local programme, which has given just over £1 million to 150 communities across England to create lasting change as they see fit.

Matt Leach, Chair of the Community Wealth Fund Alliance and Chief Executive of Local Trust said: “We are delighted that the West of England Combined Authority has joined the Alliance of organisations campaigning for the Community Wealth Fund. It demonstrates their strong commitment to securing resources for the most ‘left behind’ communities and ensuring that their social and economic prospects are improved.

“The pandemic has exacerbated the challenges these communities face, particularly the employment and health challenges and a response is urgently needed. This response needs to be one that shifts the dial – not just returning communities to where they were pre-pandemic, but transforming their fortunes over the long term. The sort of flexible, long term, community-led investment that the Community Wealth Fund would provide is in our view a critical way to achieve this.”

The Community Wealth Fund Alliance is calling on government to make the proposal a reality by releasing the next wave of dormant, or orphaned, assets from stocks, shares, bonds, insurance and pension policies to create an endowment.

Close to £900m is likely to be available initially and analysis carried out by economic experts has found that every £1m invested is likely to bring a £3.2m return, including a £0.7m boost in employment, training and skills opportunities for local residents.

It also found that the investment could deliver other important benefits including improved social cohesion, civic engagement, reducing loneliness, as well as delivering environmental benefits.

For more information about the Community Wealth Fund, or to sign your organisation up to the Alliance visit bit.ly/CommunityWealthFund.