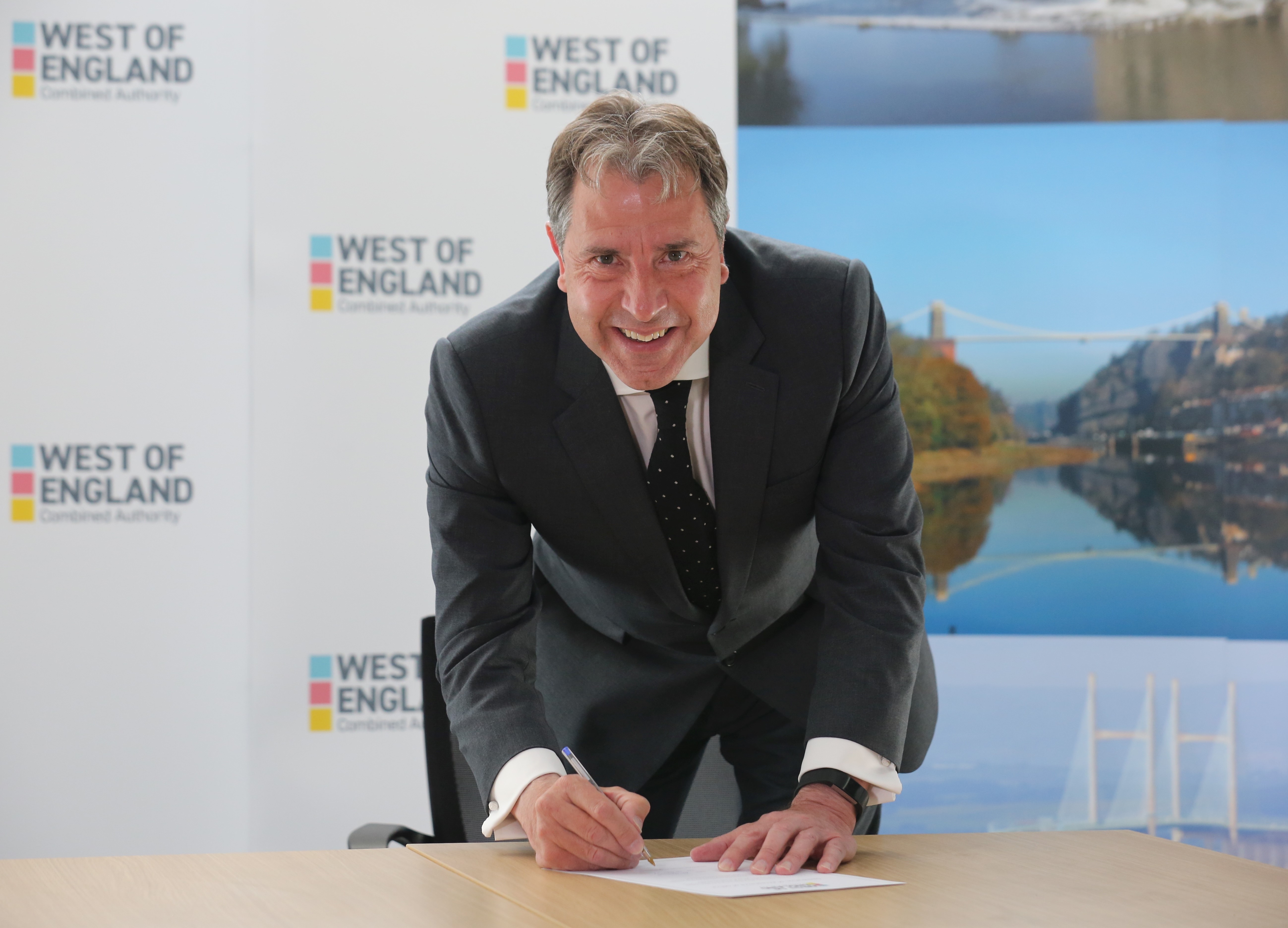 The new Metro Mayor for the West of England, Dan Norris, was officially sworn into office today (Monday 10 May).

“I will be a more visible Metro Mayor who gets things done and raises the profile of the region on the national and global stage, making sure we get the recognition we need and deserve.

“I will hit the ground running with a Jobs and Skills summit in my first 100 days and my Green Recovery Plan.

“Over the coming weeks I will be out and about across the region, meeting people and listening carefully to their views.”

The Metro Mayor leads the West of England Combined Authority; leading the development of regional business, skills, housing and transport – issues that impact people living and working across the region.

The Combined Authority also leads on the recovery plan for the region, to make sure that the right support and infrastructure is in place for residents and businesses to drive the region’s recovery.