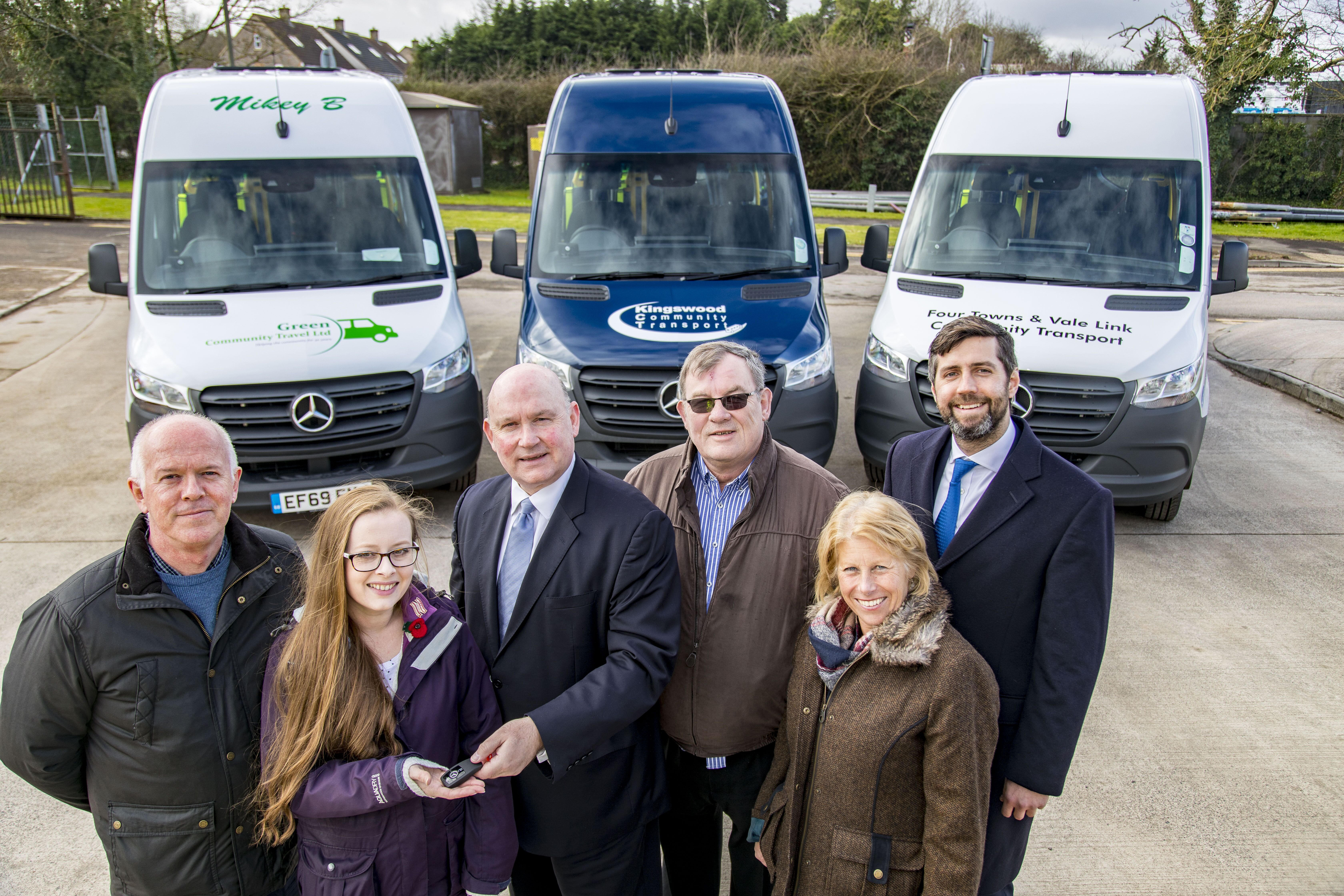 Each of the three Community Transport groups in the area received two new minibuses at the handover on 3 March, plus a further two vehicles for each group are scheduled for delivery later in the summer. All 12 minibuses were paid for with £740,000 funding by the West of England Local Enterprise Partnership through the Local Growth Fund, administered by the West of England Combined Authority.

The new minibuses are equipped with Euro 6 engines and will replace some of the oldest vehicles in the operators’ existing fleets, helping to reduce harmful emissions, as well as lowering fuel consumption and reducing ongoing maintenance costs.

Present at the official handover were West of England Mayor Tim Bowles, Council Leader Toby Savage and representatives from Kingswood Community Transport, Green Community Travel in Yate and Four Towns and Vale Link Transport in Thornbury. Each new minibus has been liveried with the branding of the individual operator.

West of England Mayor Tim Bowles said: “It’s great to see our Local Growth Fund being used for these new community minibuses which will help even more people to get around the region, and supports our ambitions for clean and inclusive economic growth in the West of England.

“I’m pleased to be working with Council Leader Toby Savage on initiatives like this which are helping our communities around South Gloucestershire to keep connected.”

Council Leader Toby Savage said: “Investing in transport to keep South Gloucestershire moving and acting on climate change are top priorities for the Council, so we are very pleased to be able to help deliver these new vehicles for our local community transport operators.

“The new vehicles will help them continue to provide their valuable services to residents and will bring down fuel and upkeep costs, whilst also reducing harmful emissions and improving our air quality.”

Green Community Travel Manager Jenny Bright said: “We are delighted to collect our new minibuses, they look amazing and will make such a difference to us. We experience a fair amount of downtime maintaining our older vehicles, being able to deliver our service with these new vehicles will be more fuel efficient for us and provide greater reliability for our members.”