Previous Next
Metro Mayor Dan Norris is buzzing for bees 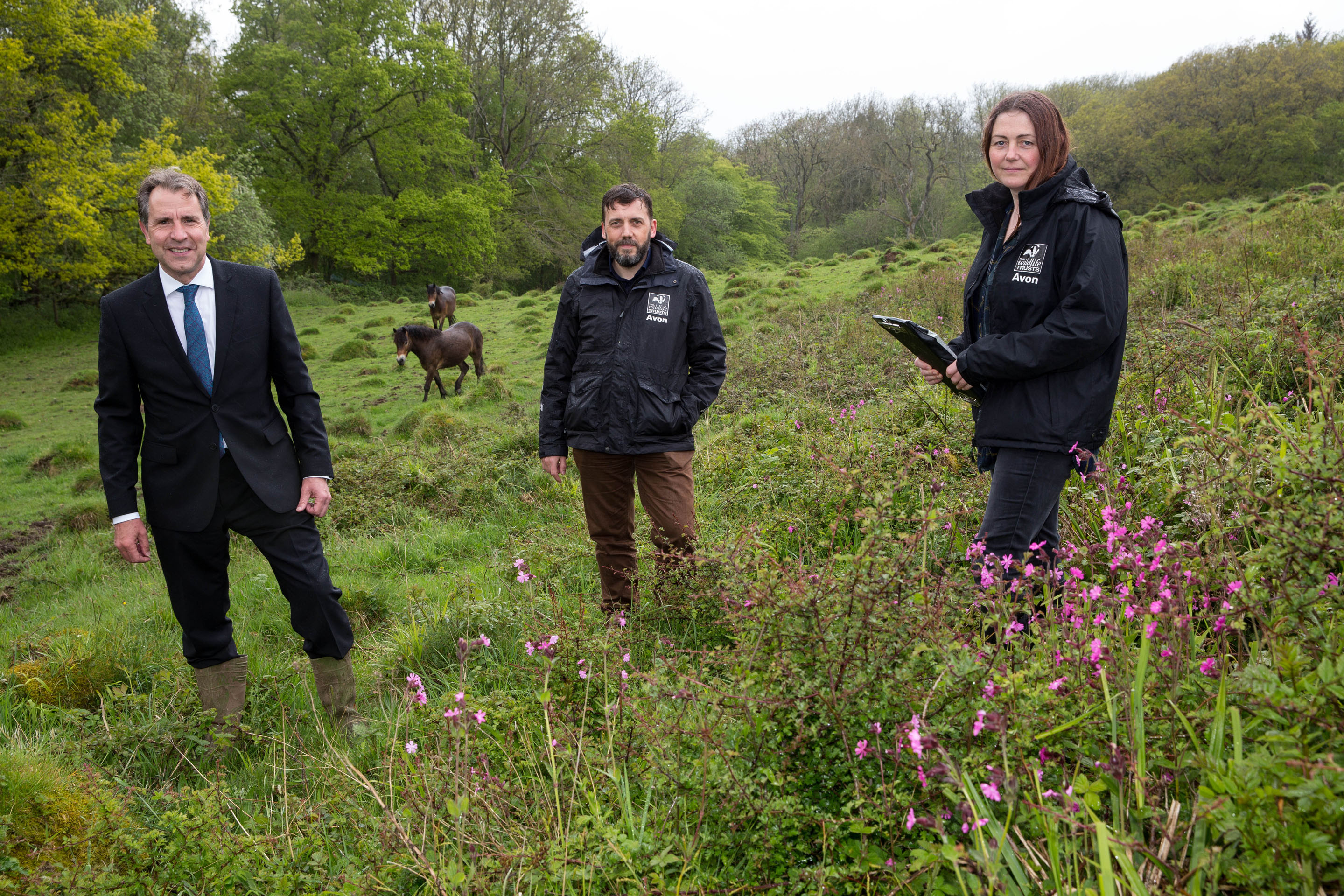 The Mayor took a walk in one of Folly Farm’s blooming wildflower meadows, which bees and other pollinators love.

While Folly Farm is awash with colour with flowering bluebells and primroses, shockingly 97% of the UK’s wildflower meadows have been lost since the 1930s spelling trouble for bees.

Habitat destruction and pesticide use mean we have already lost around 13 species of bees. But Ian Barrett from the Avon Wildlife Trust explained to the Metro Mayor how simple steps such as planting flowers can help. The Mayor also learnt how the Wildlife Trust collects seeds at their nature reserves and plant them in more urban areas.

Metro Mayor Dan Norris wants to make the West of England the Bee and Pollinator Capital of the UK. He said: “Bees matter. Simply put we can’t live without them. It’s been great to find out how Avon Wildlife Trust are helping bees. I wouldn’t give them a B, they deserve an A+. We can’t all plant meadows but we can make our gardens and window boxes bee friendly and back No Mow May. So on this special day for bees let’s pledge to support those buzzing insects who busily produce liquid gold and pollinate so many of our crops to keep the food we eat growing.”

Ian Barrett, Chief Executive of Avon Wildlife Trust, said: “We are facing an ecological emergency, and the figures are worrying. 75% of crop species are dependent on insect pollinators, yet recent evidence suggests that abundance of insects may have fallen by 50% or more since 1970. This collapse in numbers looks set to have far-reaching consequences for wildlife and people. However, it’s not too late to act and allow nature to recover.

“Projects like our B-Lines project are on the frontline of tackling the ecological emergency. It’s a joint project with the charity Buglife, and its success underlines the importance of partnership working. So far, we have restored more than 209 hectares of habitat. We’ve planted 523 hedgerows and 300 trees, engaging with 130 landowners in the process. That’s a lot of results – and we’re ambitious for more. Our vision is to restore 30% of land for nature by 2030, and if you’re wondering how we’re planning to achieve that, you just have to look at the success of projects like B-Lines.

“Whether you commit to gardening organically, or if you just by plant some pollinator-friendly plants in a window box, you can do your bit to support pollinators and help contribute to nature’s recovery.”