Mass transit project to transform transport in the West of England 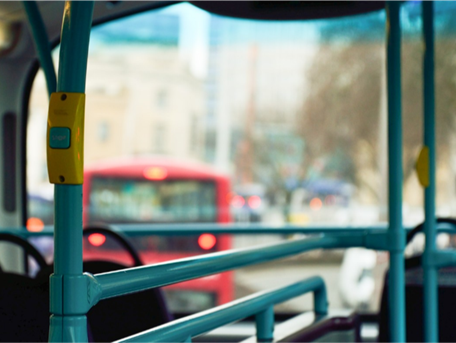 The West of England Combined Authority (WECA) has announced the next steps for its ambitious plans to transform the region’s transport network to meet the needs of the growing population.

With 1.1 million residents, the West of England’s population is growing at a faster rate than other regions and this is putting a strain on the transport network.

WECA has invested £1.5m to identify options for mass transit, a high capacity transport network that could be made up of several different types of transport. Over the next few months route options will be developed across Bath and North East Somerset, Bristol, North Somerset and South Gloucestershire that have the potential to connect the highest volumes of people, city and town centres and employment hubs. Routes will connect with existing and planned bus and rail services bringing benefits to people across the region.

“This is a once-in-a-lifetime opportunity to transform the way people travel around our region, so that people can live, get to jobs and education right across the West of England and not have to rely on cars. That will cut congestion, improve air quality and cut our carbon emissions so that as we recover from the pandemic, we build back better.

“Over the next few months we will be talking to communities and businesses to make sure that our plans meet the needs of the people who live and work here in the West of England. Mass transit is part of our ambitious plans to get our region moving and deliver a better connected and greener future.”

A variety of transport options are being assessed to understand which technologies might work best for the region. Meanwhile engagement will begin with local communities and businesses to make sure that a mass transit system meets the current and future needs of the region.

The mass transit programme is being led by the West of England Combined Authority in partnership with Bristol, Bath and North East Somerset, North Somerset and South Gloucestershire councils.

“Sustainable transport in our reqion has to be fit for our communities now and in future and have carbon reduction at its heart. We are committed to transforming public transport in Bath and North East Somerset and the mass transit project will provide the knowledge to help us deliver the right solution.”

“This exciting project will transform the transport network in the region and contribute to our plans to build back an inclusive and sustainable economy.  Despite the pandemic and the changes to the way people travel, we must look ahead to tackling the challenges of air pollution, traffic congestion and climate change while planning for population growth in the city region.

“We are ambitious about delivering a world-class public transport network which will better connect people to employment opportunities as well as shopping and leisure facilities. An investment of this scale in our future will help us rebuild from the coronavirus crisis by generating jobs, developing local supply chains and a low carbon transport system. Mass transit systems vary across well-connected cities around the world and we’re also seeing new technologies emerge. Every city and region is different and I look forward to working with local people, groups, businesses and organisations as we investigate what options will most benefit people in Bristol and the West of England.”

“If we are to build a truly sustainable West of England, then a mass transit scheme is a key part of that. This engagement gives the people and businesses of the West of England an opportunity to help mould that vision, by telling us where they believe the vital thoroughfares of the future need to be.”

“We have made a commitment to support a greener economy and to reduce carbon emissions and traffic congestion in South Gloucestershire as part of our Climate Emergency declaration. A new mass transit network for the region could potentially help us reach these goals and will hopefully encourage people in the area to use more sustainable methods of travel. I look forward to working with communities and businesses to shape these ambitious and exciting plans.”

This is the early stage of the project to understand what mass transit might look like, how much it would cost and consider what is the most appropriate mass transit technology for region. Following this early work, a public consultation will be held in summer 2021.

To stay up to date with the latest information on the mass transit project visit: https://www.westofengland-ca.gov.uk/mass-transit-project/