Get on board the bus on Clean Air Day

Previous Next
Get on board the bus on Clean Air Day 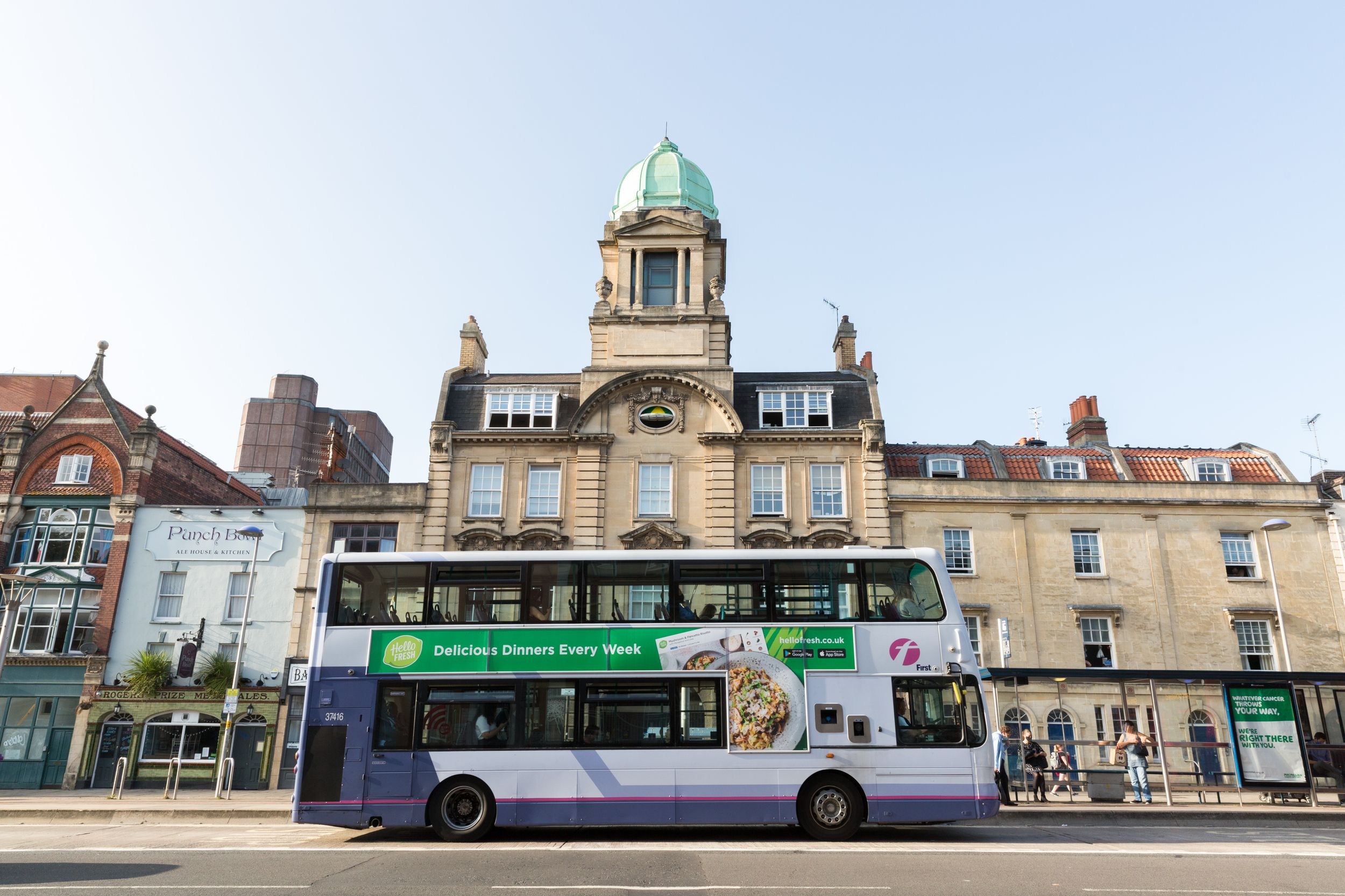 First West of England is celebrating Clean Air Day (8 Oct) with  some two million miles covered and over 3,000 tonnes of C02 emissions – or the weight of around 290 double decker buses – saved so far by its latest fleet of carbon neutral biomethane buses that entered service since January this year.

The £28 million biomethane powered gas bus scheme has now introduced a total of 99 cleaner and greener vehicles on routes in the West of England region. This is on top of 156 of the cleanest diesel buses manufactured to the latest clean Euro VI standard.

The latest biomethane bus route introduced is service 73 (Bristol Temple Meads – Cribbs Causeway) in a bright green livery.  It joined the existing fleet in March, including metrobus routes m1 and m3, South Glos Lynx services from Bristol to and from Thornbury and Yate and Citylines East services to and from Kingswood and Hanham.

“I’m pleased to see First setting a long-term goal to have zero emissions by 2035 and would like to encourage the company to bring new technologies to the West of England first so we can meet my goal of a net zero region by 2030. I’m determined to get our region moving and make sure the West of England leads the country on using new technology to improve our public transport and give people more sustainable ways to travel. This is another step towards delivering on that promise.”

The total biomethane bus scheme has involved an investment of £28 million over three years and was part-funded by a government grant of £4.79 million under the Low Emission Bus Scheme (LEBS) through South Gloucestershire and Bristol City Councils. 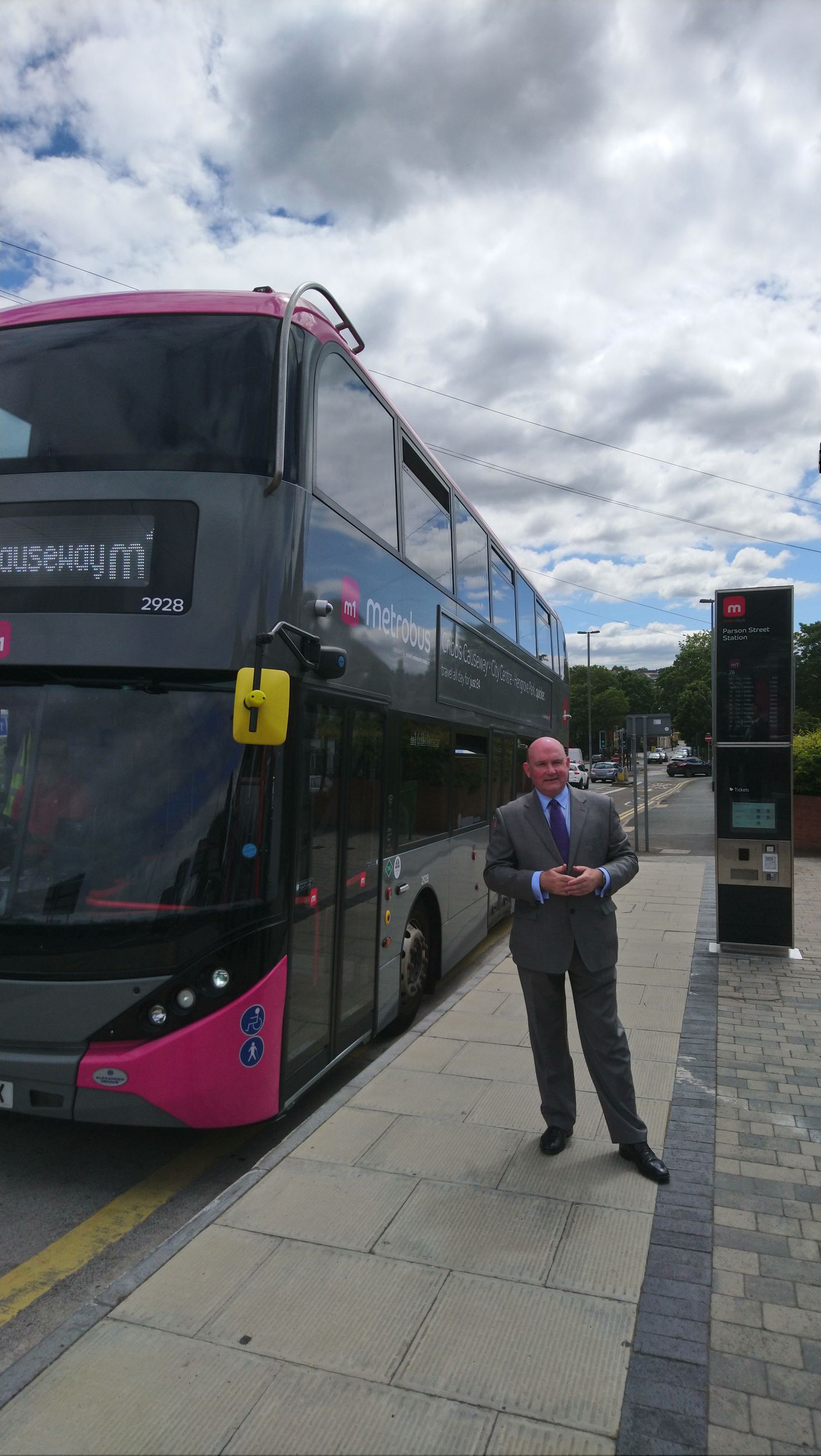 The scheme also resulted in a new gas filling station being introduced at First West of England’s Lawrence Hill depot, provided by the Gas Bus Alliance. Operating in tandem with the existing biomethane station in Parson Street, Bedminster, which opened last year to run the m1 metrobuses under contract to First by Bristol Community Transport, the two sites provide for a total of 99 buses to run on bio-methane gas in the area, with each fuelling giving a range of 250 miles.

In addition, there are 165 more mature vehicles in the fleet whose engines have been updated to bring them up to Euro VI standard, with a further 69 still to complete this year,  which means they produce up to 14% fewer emissions than previously. First’s goal is for all its buses to be zero emission by 2035.

James Freeman, Managing Director at First West of England, said: “This, we hope, is just the beginning of our journey ultimately to bring us to zero-emission bus travel in the region. The bio-methane buses  are of themselves carbon neutral in well-to-wheel terms which is  the assessment of the environmental impact of a given product or service throughout its lifespan.

“Over the last three years our investment has brought the West of England to the forefront of cleaner and greener bus travel. As the current technology stands, bio-methane vehicles are the most  carbon-efficient buses around, particularly suited to the terrain in this part of the country. Bio-methane is made from food waste, and these buses cut greenhouse gases by an impressive 85%.

“We deployed as many as possible of our bio-methane buses across a wide range of Bristol city services during lockdown, when we were providing a skeleton service on many routes. This not only ensured that our customers had the most modern and comfortable passenger experience, but also meant that we were as kind as we could be to the environment.  Combined with several innovations, such as Space Checker which allows you to see how busy the buses are, the First Bus App which tells you how many seats are on a particular service  and the Book my bus ride space booking service on some selected routes, we hope we are making getting on the bus as easy, safe and comfortable as we can as we negotiate our way through and out of the Covid crisis.”

As technology to develop the use of electric power and hydrogen fuel advances, First West of England envisages further investment in bio-methane buses. It is hoped that this will make possible the eventual transition from the current increasingly clean diesel vehicles to the zero emission fuels of the future, with even the possibility that the gas infrastructure now in place could be converted to facilitate the supply of other fuels like hydrogen as these develop.

In Bath, the twelve distinctive £3m Aquae X39 Bristol to Bath fleet, which was launched in April, are all Euro VI standard vehicles. This will mean that First West of England is already close to meeting the requirements of the Clean Air Zone, which is expected to be introduced next year.

The biomethane gas that fuels the buses is provided by the Gas Bus Alliance (GBA).  It comes from waste food and is supplied from anaerobic digesters across the UK. Biomethane gas offers more than 85% reduction in greenhouse gases compared to older diesel buses and helps to improve air quality. The new buses build on the legacy of the Bristol ‘Poo bus’, which, as is well known, was run on the Number 2 route across Bristol while the City held the European Green Capital title in 2015.

The way this scheme works is that the bio-methane is purchased from GBA which remotely injects bio-methane into the national gas grid. An equivalent amount of gas is then drawn off from the mains locally in Bristol. It is the biomethane, purchased at a premium that First buys for its buses.