Previous Next
Demand growing for lab space for deep tech 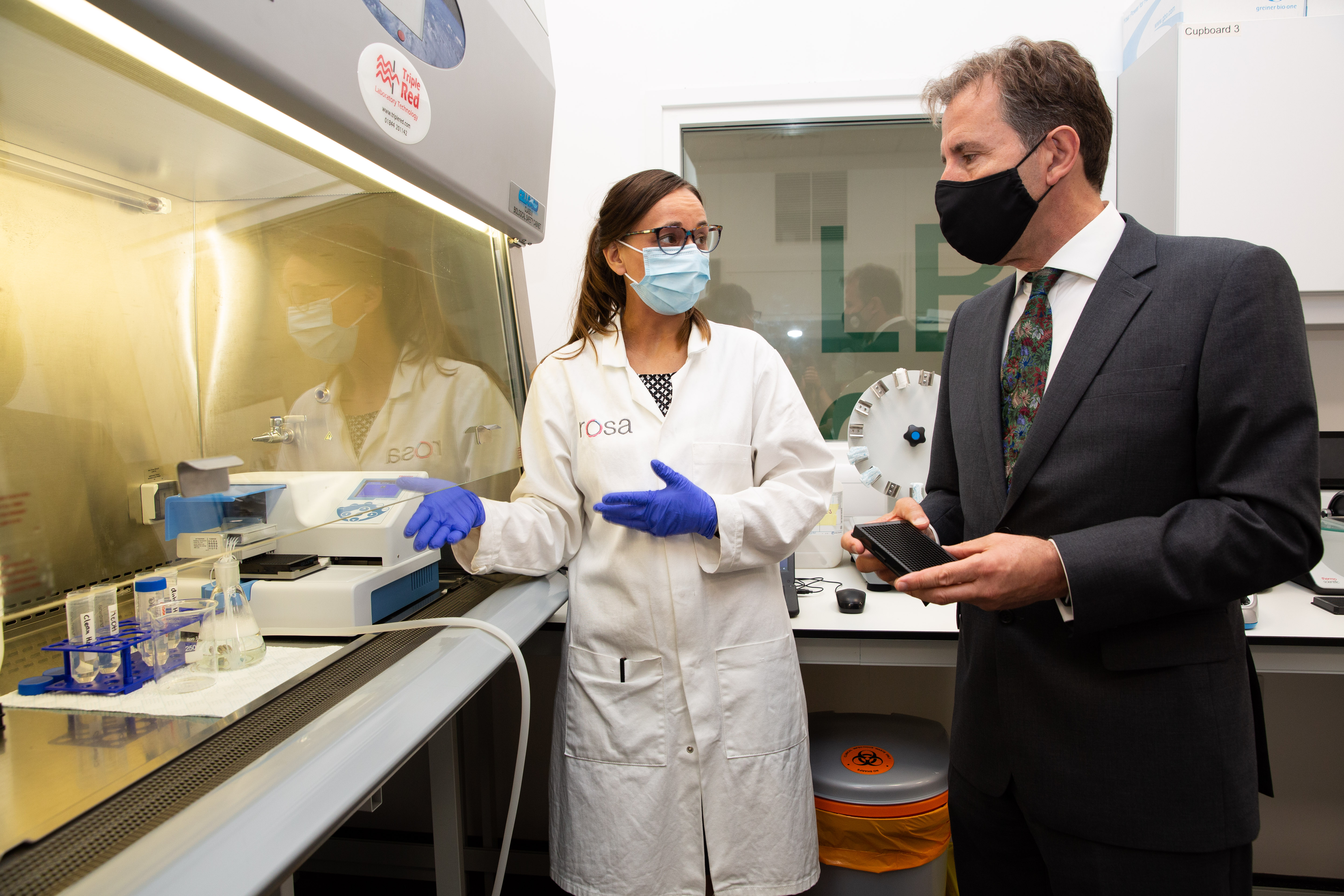 Over half the lab space at a converted 30,000 sq. foot former stationary warehouse in Old Market, due to open this Autumn, is already under negotiation with ambitious deep tech start-up companies.

Deep tech is a broad term for technologies based on long-term, ‘deep’ research, which could unlock the next great waves of innovation. The project is Science Creates’ second incubator, as their first building is now bursting at the seams.

Metro Mayor, Dan Norris came to see their success as he backed their plans to make the West of England a global centre for deep tech. The mayor heard about their vision for the city, as explained by Science Creates founder Dr Harry Destecroix:

“In the next ten years, we’d love to see Bristol develop one million square feet of lab space for deep tech companies. Alongside these facilities, we also need specialised venture capital to fund these companies, which is why we launched our first £13.5M Fund with Science Creates Ventures. Together this will help unlock Bristol companies, so they can match the ambition of start-ups from Boston and Silicon Valley.

“Because of the current pandemic and the impending climate crisis, the value of science has never been so clear to society. Bristol is home to world-leading research that if used correctly, could help to address global challenges.”

Dan Norris heard how local researchers are helping to tackle some of science and engineering’s biggest challenges – from developing potential new Covid vaccines, to the next generation of cell therapies for cancer.

Ashley Brewer said: “We support over 35 science and engineering companies, working across a range of deep tech sectors. This work ranges from developing new vaccine platforms that could remove the need for refrigeration in the vaccine delivery chain, to developing better battery technologies that could help in the move to electrification.

“Our second incubator, opening in November, just around the corner in Old Market, will provide workspace for an additional 150 science and engineering jobs. This kind of usage allows for a much higher employment density than the building’s previous use for storage and distribution.”

Metro Mayor Dan Norris said: “From Brunel to Concorde our region has always been home to the great engineers and scientists of our times. Today is no exception and we are still creating some of the most exciting science and engineering companies in the country. We need a critical mass of deep tech businesses to really get cut through, which is why I’m backing Science Creates call to see one million square feet of lab space developed in Bristol over the next ten years. Where this kind of infrastructure for science companies has appeared elsewhere in the world, it’s had a huge benefit not just to the regional but also national economy. This is a model we must follow to get the best for the West of England and also U.K. PLC. Science Creates is doing an amazing job of building for the future.”