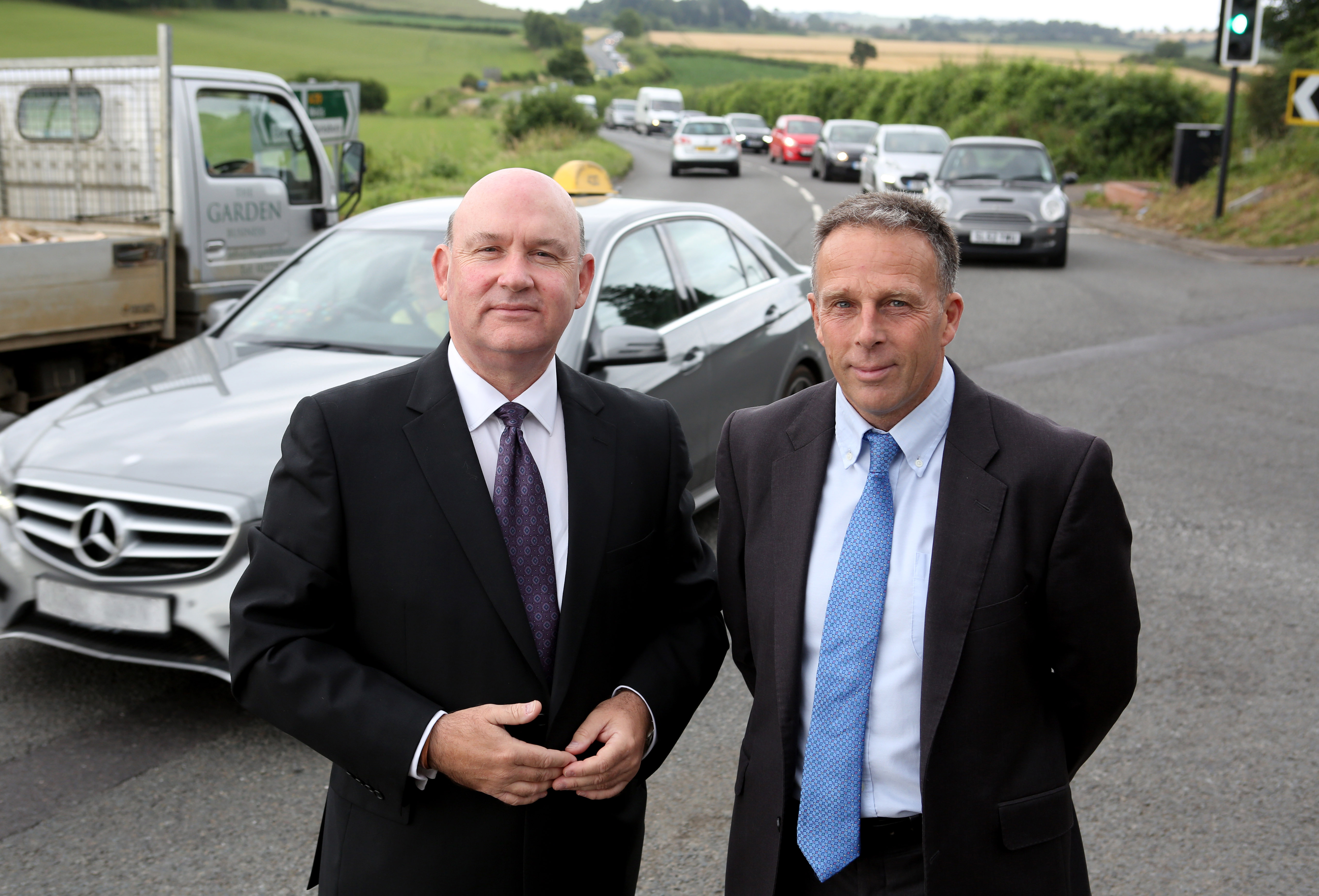 Additional improvement work aimed at easing congestion and improving journey times for thousands of motorists at a major traffic pinch point in Bath and North East Somerset has been completed.

An extra southbound lane has been incorporated at Bences Garage junction where the A39 connects with the A368 at Marksbury in North East Somerset. This complements earlier work carried out on the A39 last year, as part of plans to keep people moving.

Thousands of vehicles travel through the three-armed junction every day, but the previous layout could not cope with traffic flow and caused long delays and significant queues. The creation of separate lanes for ahead/left turn traffic now enables more green time at the signals, reducing queue lengths while cutting pollution and carbon emissions.

Bath & North East Somerset Council secured £700,000 towards the cost of the £890,000 scheme from the West of England Local Enterprise Partnership (LEP) through the Local Growth Fund (LGF), administered by the West of England Combined Authority (WECA).

The Minister for Local Growth, Jake Berry, said: “This Government is committed to boosting economic growth across the whole of the UK and building a Britain fit for the future. Improving journey times is central to our plan for a stronger, more resilient West of England economy. These improvements at the Bences Garage junction, made possible by £0.7million of investment from the Local Growth Fund, will make a huge difference – for commuters, shoppers and visitors alike.”

The Bences Garage junction work builds on the improvements made last year to the Two Headed Man junction on the A39, designed to help traffic flow more smoothly, which was also partially funded by the LGF.

West of England Mayor, Tim Bowles, added: “I’m really pleased to see this latest project being completed and building upon our previous improvements to help people get around the area much more easily. The West of England Combined Authority and the LEP have already allocated millions to kick-start improving our busiest routes – including rail, road, cycling and walking.”

Professor Steve West, Chair of the West of England LEP, said: “It’s great to see the LGF funding is having such a positive impact. The completion of these further junction improvements will help to support economic growth in Keynsham, Bath, the Somer Valley and further afield.”

Councillor Tim Warren, Leader of Bath & North East Somerset Council, said: “Investment in transport infrastructure is essential if our highway network is to meet the future demand of growth across the district. Through the Local Growth Fund we’ve been able to tackle the pinch point at the Bences Garage junction and motorists should see the immediate benefits with improved journey times.”