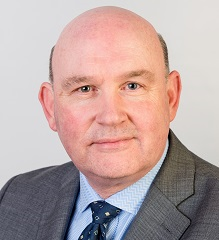 The scheme includes the replacement of the existing railway bridge on Gipsy Patch Lane with a new wider bridge to relieve the current pinch point, the extension and signalisation of the San Andreas roundabout to allow a new bus only arm to link to the Cribbs Patchway New Neighbourhood, and bus lanes on Gipsy Patch Lane. New metrobus stops and walking & cycling infrastructure are also included.

West of England Mayor Tim Bowles said: “More than 70,000 people now choose to use metrobus every week and we have already seen a 19% shift from car to metrobus, in a recent passenger survey. We plan to build on that success with more services and better connections as part of our wider objective of getting more people to switch to using public transport across the West of England.

“We know our region is going to keep growing and we need to be ambitious to meet the needs of the future. The Cribbs Patchway metrobus extension will improve access to a number of existing and future employment sites including Rolls Royce, Horizon 38, Filton Enterprise Area and Cribbs Causeway. The project will also improve access for existing and planned residential developments in Stoke Gifford, Little Stoke and the Cribbs Patchway New Neighbourhood.”

At the meeting, the WECA Committee also agreed to allocate £300,000 to South Gloucestershire Council to co-fund the £670,000 package of works led by Great Western Railway to improve the bus/rail interchange at Bristol Parkway Station. The improvements will include new bus shelters for local bus services and new branded metrobus stops, including real time information, an electronic information point and off-bus ticket dispenser, changes to taxi and drop-off points and the remodelling of the station forecourt.

Cllr Toby Savage, Leader of South Gloucestershire Council, said: “With the approval of funding to deliver a Park and Ride facility in Yate – our third in South Gloucestershire – we are able to offer residents in our communities a further way to access public transport around the region, while encouraging commuters to step out of their cars and free up our roads and reduce carbon emissions.